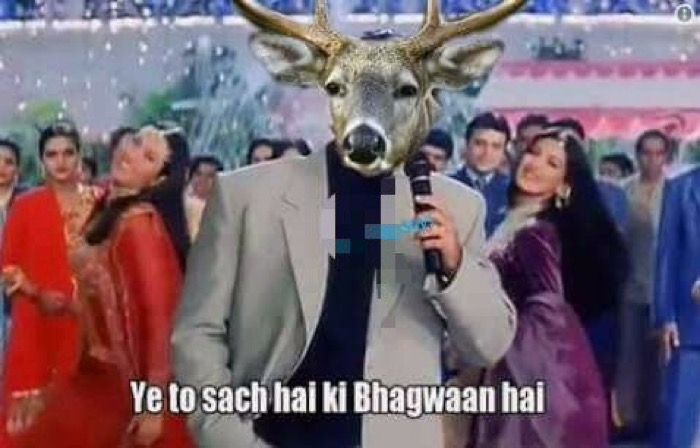 Salman Khan got convicted in the 20-year-old Black Buck case, he has been sentenced 5 years of Jail term which he will be spending in Jodhpur jail.

After the conviction, Salman Khan has been trending on Twitter. While a lot of Twitterati came in support of and the Bollywood actor, there were also people who welcome to the court’s order.

And then there were some people who got their creative to work, check out all these traits that you crack you up click here, but beware you might get hurt if you are a bhai fan

Judge – Where Is The Dead Body Of That BlackBuck ?

Only Salman Khan convicted in #BlackBuckPoachingCase, while others have been acquitted by the Jodhpur court.

WEREN'T THEY SUPPOSED TO BE SAATH SAATH?! pic.twitter.com/0YNo0I4zOG

When you are dead for 20 years but someone tells you that Salman khan convicted in #BlackBuckPoachingCase pic.twitter.com/exG49afYJ7

The Irony is, Salman got Acquitted in Hit & Run Case where one man lost his life.