The Social Media channels were filled with posts about Arijit apologising to Salman Khan publicly in a Facebook post which was deleted later.

And then he made another post stating his letter might reach Salman Khan as it might have been picked up by several publications both offline and online. 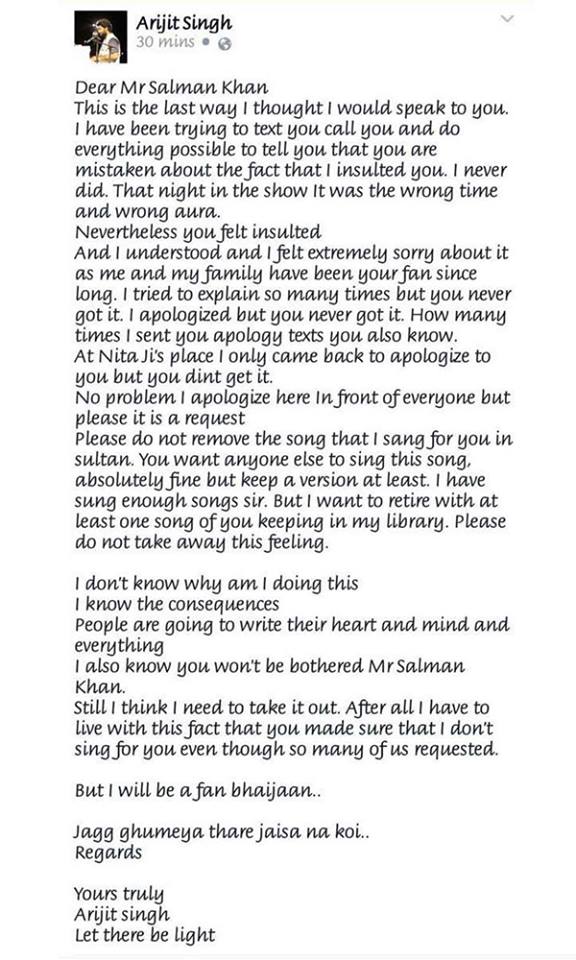 Arijit’s Fans were not happy about him apologising to Salman Khan. Some even said

Here is how people were reacting to his apology letter. 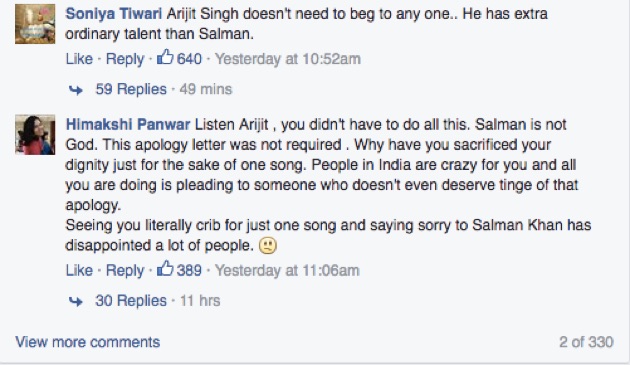 People were certainly not happy about this, the comments were filled with anger that Arijit had to apologise to Salman Khan for no reason.

Was it the Start Guild Award show that happened last year? Here is a clip.

In this clip, Salman asks Arijit why is he looking sleepy. To which Arijit says, “Aap logon ke sula diya yaar…”

For many people, there is nothing in this clip that could lead to such a big fight between these two celebs.

But it’s Salman Khan, the Bhai of Bollywood. The Bhaijaan of 30 Million Fans of his Facebook page. The Sultan of an upcoming movie. And he can get offended pretty easily.

Even SpotboyE mentioned this incident in their video a couple of months ago. Check it out

So, it seems Salman Khan is indeed angry on Arijit’s comment on his hosting in the award show.

But in the rest of the video, you can see Salman trolling Arijit about his song Tum Hi Ho saying his song is the reason he is sleepy.

And Arijit was so calm and didn’t get into it any further even when Salman khan made fun of his song by singing it badly.

Looking at how calmly Arijit behaved, I feel that, by posting the apology letter, he was simply trying to tell everyone that Salman Khan has made it clear he won’t sing for him and is using his power to make sure he never sings for him by instruction the makers of his films to get some other singer.

This is not the first time Salman Khan did not want a particular singer to sing his song. A few months ago, He made sure Sonu Nigam doesn’t get to sing his popular song ‘Hangover’ from the movie ‘Kick’  which, eventually was sung by Salman himself.

What do you think? Did Salman really cut Arijit’s song from his Film or it’s just a Stunt to create media attention for the film. 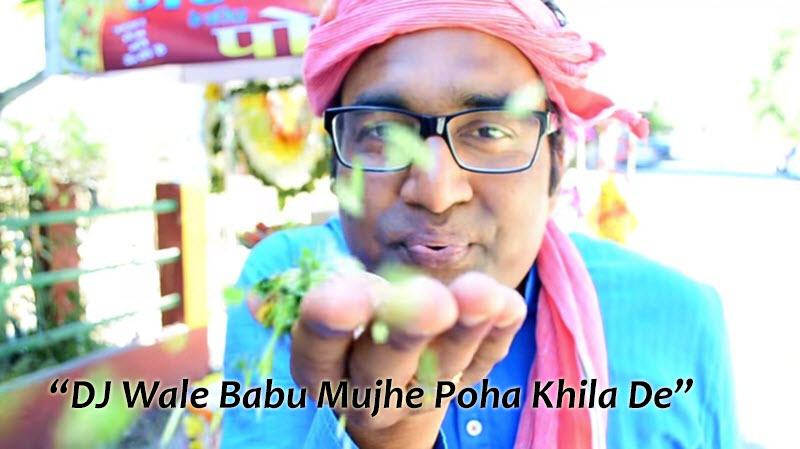