Yo Yo Honey Singh didn’t take long to become a household name. From being a behind-the-curtains music director to becoming a singer, songwriter, rapper and yes, now even an actor, Honey Singh now is a person without whose songs, parties are incomplete and his songs make it big every time on the charts. But is what he does really all good?  Got nothing against the “Desi Kalakaar”, but his work has its side-effects. Here’s how:

Gone are the days when you’d ask a kid to tell a poem, now all that comes shooting out their mouths are raps that are meaningless and offensive and the worst part, some parents don’t find it vulgar at all!

Songs like “Kudi tu Butter” and “Get up Jawani” are not only appallingly disrespectful, but as he makes songs keeping the youth in mind, so now we know how girls are being looked at.

“Blue Eyes” has him following a girl, telling her how he has brought a white Lamborghini and boasting about other things to woo her and in the video she happily agrees.

Similarly, in “Love Dose”, he is following one again and then calling up her father and telling him how well-off he is. According to a survey, young men tend to brainlessly follow what amazes them and it’s so not true the money is all that attracts a girl, sincerity does it much more!

Sachin can be God (God of cricket), but Honey Singh? God? IN A MILLION YEARS! He is a normal human being who does what he wishes to and requires nothing more than a statement or two of appreciation(if at all).

And people who do serenade him as one, a question to you- Have you heard of ‘Eminem’? He raps about will power and not being afraid, something more important than showing off to the lady gang.

People of all age groups hear his songs. Children too and especially the Teens, people readying themselves to enter the world. Guys, there’s much more to life than getting drunk, wooing girls and “MAAL”(who can forget Manali Trance).

*A moment of silence for all the great musicians who came up with amazing music plus lyrics to DESERVE a grammy and for Honey Singh who thinks his derogatory lyrics are of the same league.*

7. He had an FIR filed against him

Think carefully before you choose someone to be your role model. Yo Yo even has an FIR against him for obscene lyrics. Sometimes we really do turn blind to what is right there in front of us!

So folks, choose who you support and love wisely, or this is bound to happen: 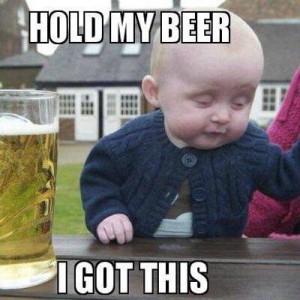